We are extremely excited to announce our Heads of Sixth Form in preparation for our opening in 2021!

As a new all-through school that opened in 2016 we have grown slowly each year. It is amazing that our founding year 7 cohort will soon be preparing for life after year 11.

Congratulations to Mr Kilcoyne and Ms Rautenberg on your appointments. We are incredibly excited to be setting up an outstanding and totally new Sixth Form for our school community and for Northampton! 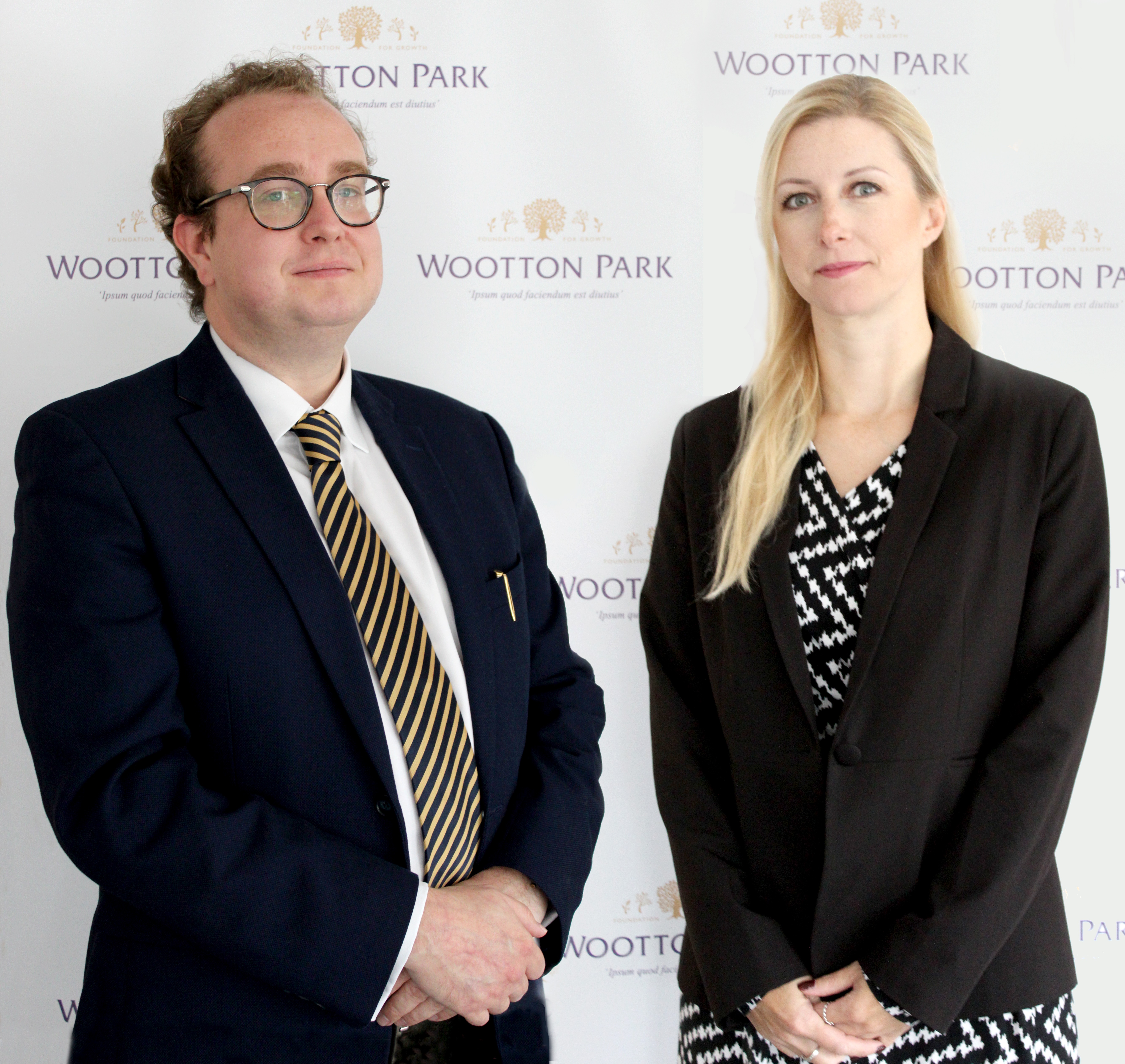 Joining Wootton Park in 2017 as the Head of Languages, Rob has taught in state comprehensive schools for over ten years, previously being involved in the leadership of a large department, leading school provision for Gifted and Talented learners, and has taught three subjects at A-level. He holds a Masters in Education from the University of Cambridge, a degree in Social and Political Science (majoring in Law) from the Université de Paris 1 – Panthéon-Sorbonne and a degree in Law and French Law from the University of Liverpool. Rob heads Duke of Edinburgh at Wootton Park, and has led many trips in the UK and abroad. He has co-ordinated MFL teacher training in an outstanding local partnership since 2012, and worked as an examiner. Outside school, Rob serves as a trustee and volunteers with several local charities, working with Young Offenders since 2006. Rob loves the all-through nature of Wootton Park, as well as the community feel. He is excited to be working with Ms. Rautenberg to set up WPS VI as a truly outstanding Sixth Form for Northampton!

Uta joined Wootton Park School in 2019 as Head of History, having previously worked in several outstanding and good schools as a leader in both pastoral and curriculum capacities. These included managing large pastoral and curriculum teams as Head of Department, Head of House and whole school initiatives like Gifted and Talented provision, and being a Lead Practitioner for Research and Development. She has also worked as an examiner and trained teacher trainees. Having gained 1st class honours in History and Theology from the University of Munster, Germany, Uta completed her teacher training in Leicester. She obtained an MSc in Educational Leadership and Management from Leicester University and is now studying for her PhD in History at the University of Warwick. Uta feels incredibly passionate about the opportunities our Sixth Form will give to all our learners, maximising academic potential as well as helping learners to become rounded members of society. She is thrilled to create an outstanding WPS VI with Mr Kilcoyne, in our impressive new state-of-the-art facilities.